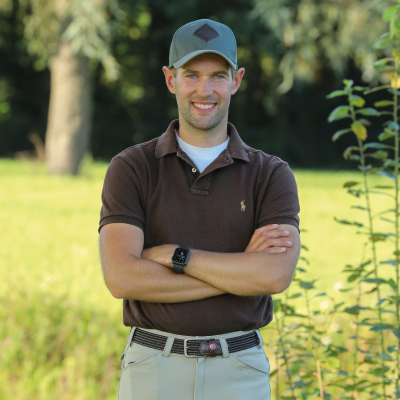 Robbert Ehrens (1986) is joint owner of Stal Ehrens and responsible for the training of horses and the support of riders at all levels. Robbert grew up among horses and his passion for equestrian sports with broad interests manifested itself at an early age. From 2002 onwards he competed at junior level in international shows and achieved excellent results in Nations Cup and Grand Prix shows. In 2011, he started his own business and in 2016 it merged with the business of his parents. Through this joining of forces, they now successfully run Stal Ehrens together.

Robbert is not interested in just sports: he is highly interested in breeding and has a passion for schooling horses and training riders. He successfully competes at the highest levels, but enjoys schooling the young horses just as much. He focuses on producing horses and on having them compete at the national and international level. In addition, he has developed strongly as a coach and supports athletes at the national and international level.